Who Profits from Bail Bonds?

Bail bond companies across the United States are in the business of helping people from staying out of jail. To see who profits from these bail services, CNBC investigates the process on a national scale in their video.

Approximately 450,000 people across the United States await trial. In most cases, the average cost for bail in the case of a felony charge is $10,000. For those who cannot afford bail at that cost, bail bond companies help out those accused by reducing the price issued by the justice system.

The person awaiting trial must sign a contract with a family member and pay a fee that equates to 10-15% of the total bail cost. For example, a fee of 15% would mean the person and family member pays only $1,500 of the original $10,000. By paying the fee and following the terms of the contract signed, that person has a higher chance of avoiding a hefty jail sentence.

The profits of bail bonds go to both the professional bail bondsman and the insurance companies that back up the industry. This arrangement is due to both being in the private business sector. 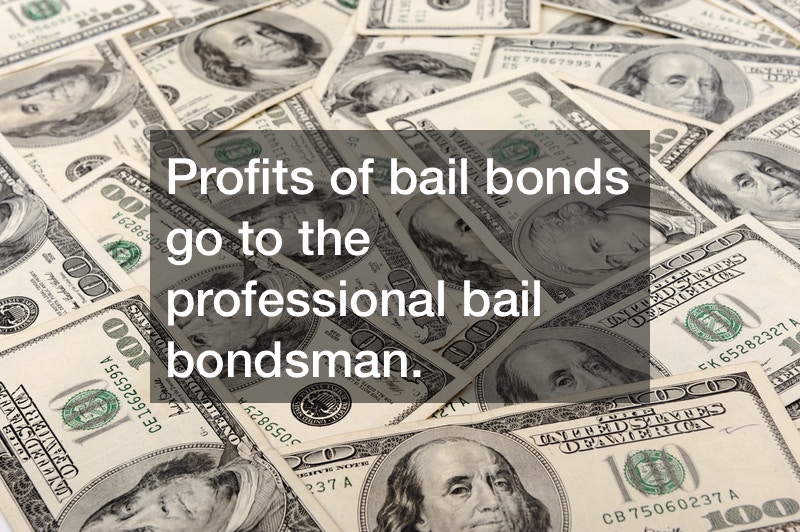